The global leasing industry has grown rapidly from 1,800 aircraft owned by lessors in 1996 to nearly 8,000 in 2016, collectively lessors now own nearly 42% of all commercial aircraft. Aircraft manufacturers project a net increase in the global fleet of 23,000 aircraft by 2035 with the lessor’s market share increasing to 50% by the end of the decade, resulting in more than 11,500 additional aircraft acquired by lessors. This trend is being encouraged as export credit financing has become more restrictive and lessors have emerged as the vehicle through which commercial aircraft are efficiently allocated around the world as macroeconomic trends, geopolitical events and other external factors dictate.

The past three years have been very strong for aircraft lessors globally, however recent trends indicate 2017 will be a more difficult year for aircraft lessors. While new companies continue to be announced, signs of weakening demand and lease rates under pressure are increasing. An industry wide downturn will cause some new lessor projects to stall and potentially force less established lessors to exit the market through portfolio sales or mergers with other companies. Lessors who adhere to the principles mentioned above may see a downturn as an opportunity to grow the company by acquiring portfolios at improved economics, securing attractive terms on a direct order with the manufacturers, agreeing on large, strategic sale leasebacks with well-established airlines and potentially acquiring another company.

So what does the industry wide down cycle mean for hiring in the aircraft leasing sector in Ireland, and at a global level? The traditional expectation would be reduced headcounts and an overall decline in opportunity.

Many functions within aircraft leasing companies are being actively expanded despite the downturn:

Pricing and Trading for example. Understanding the value of an asset, it’s value overtime, finding right moment and putting together right mix (narrowbody, widebody) of aircraft in the package to sell and to buy in order to keep up with the overall strategy of the company.

Legal and Risk – main gatekeeper for evaluating all the details of the potential deal, understanding the possible challenges and protecting the lessor’s interests.

And of course, Marketing. Driving profit in for the lessor. Using in depth knowledge of the dedicated region, building relationship with lessees, networking internationally, knowing everything about the customer and it’s plans in terms of growing fleet and the direction the airline is taking in future.

Despite the cyclical nature of aircraft leasing, an increasing number of companies see the long-term value in the industry and are expanding operations despite the prospect of a near-term down turn. Multiple companies from the US and Asia (particularly China) are rapidly expanding in Ireland and using Aperture’s Search and Advisory expertise to understand the requirements for local hiring. 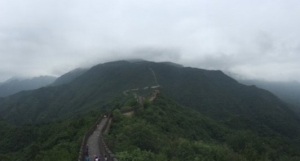